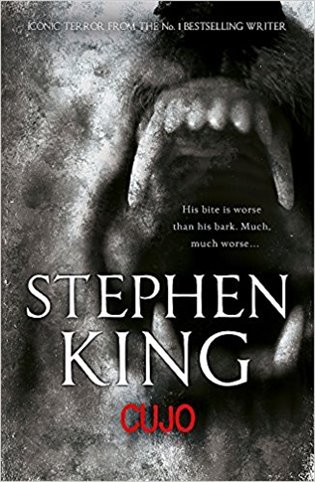 Once upon a time, not so long ago, a monster came to the small town of Castle Rock, Maine . . . He was not a werewolf, vampire, ghoul, or unnameable creature from the enchanted forest or snow wastes; he was only a cop . . . Cujo is a huge Saint Bernard dog, the best friend Brett Camber has ever had. Then one day Cujo chases a rabbit into a bolt-hole. Except it isn't a rabbit warren any more. It is a cave inhabited by rabid bats. And Cujo falls sick. Very sick. And the gentle giant who once protected the family becomes a vortex of horror inexorably drawing in all the people around him . . .